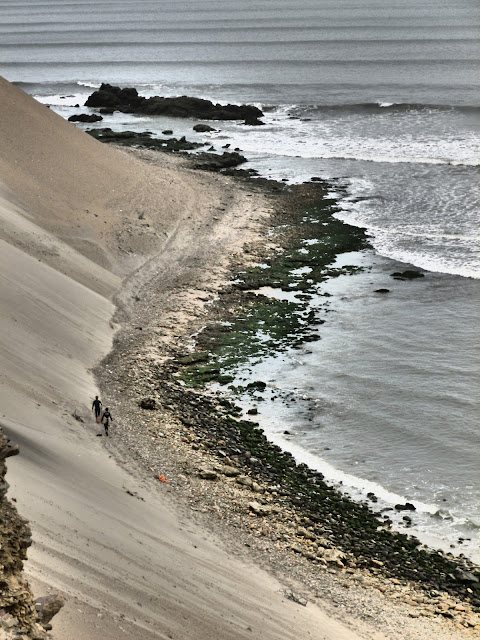 A miracle exists where the desert sand ends and the sea begins in Puerto Malabrigo.  The wind howls offshore as the clouds circulate in constant motion just like the sea, and a legend in surfing, Chicama, the longest left in the world, mechanically delivers dreamy eternal lefts.  Somehow, the wave is a minor piece of the miracle, because I miss the smiles and laughter from the local kids more than the surf.

My journey started with an invite to join the Share the Stoke Foundation (STSF) on a surf mission in Peru with the objective of donating surfboards to share that magical flavor of a wave with the local children.  Joan Bergmans traveled from Bocas del Toro, Panama to meet Kelly Kingston, the president of STSF, and I on a layover in Bogota, Columbia.  We were three surf bums united with more in common than surfing and our sun-bleached hair.  We shared a passion to not just surf but to use surfing to make the world a better place by impacting the lives of children; the future.


Upon arrival, we squeezed into wetsuits in time to discover a wave that reeled and peeled.  We rode the longest rides of our lives next to a sinking sun.  After our second session the next day I wondered why there were no local rippers in the line-up.  I met surfers from Brazil, Canada, Australia, a guy from California, but no locals. 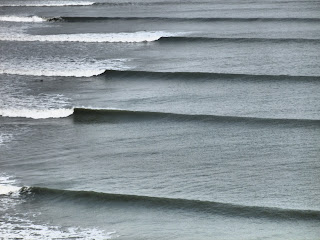 “In Peru the ocean is not seen as a playground, but more like a resource for life.  One can work there to find food or also use it to dump waste,” a Peruvian replied.


And I agreed the sea was a valuable natural resource, especially in the sleepy fishing village of Puerto Malabrigo.  Because of the strong current, I read Chicama could happily host 100 surfers, and after surfing there I understood how.  As vast and spacious as the desert was, so was the sea.  I learned waves broke as a reflection of what was under them, but here it seemed the waves mirrored the desert next to them.  All the space made me feel so small.  The point break worked freakishly well.  I could catch a wave and when my legs gave out and I fell, another wave would break right where I had been dropped off, ready to taxi me on.  The waves were playful, easy to surf, and if small, perfect for kids.  Especially for the kids who lived on the chilly, overcast street that led to the sea with one of the best waves the world offered.


In an atmosphere like Chicama, this project was necessary.  Surfboards are the primary necessity for surfing and a wetsuit secondary.  Not only by donating surfboards could the foundation unlock a new world and hobby for the kids, but possibly also a future income based on this natural resource.  Serious surfers from all over the world make the pilgrimage there, opening up a market based on surfing.  Jobs as surf guides, boat drivers, surf instructors, surf shop owners, shapers, surf photographers, and more are created. 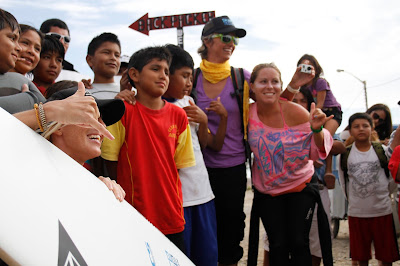 The beach day we planned was scheduled from 12to 3.  The local Peru crew we teamed up with consisted of the Chicama Surf Resort, Zorro’s Surf School, and volunteers with the Peace Corps.  Carlhey Boltz, a Peace Corps volunteer who coordinated the event reminded us, “In this culture people often turn up late.”  When I got out of the water at 10:30 I saw kids already milling around on the beach waiting.  Thirty minutes later we were deep into an improvised football preparty.  The goals were marked by rocks on the beach, and each moment brought more bright smiles and children from the pueblo.  The sun even made a guest appearance and decided to stick around for the afternoon.

At noon we divided the kids into groups and explained the goals of the beach clean-up.  We sifted through the sand between dry seal bones that mingled with washed up rubber shoes and bottle caps.  We collected the trash in black plastic bags for an hour and then met back at Zorro’s surf school for the bar-b-q.  Once lined up for food, we counted around 100 children, making this the biggest STSF event to date.


I didn’t expect even half the kids to participate in the surf lessons due to the cold water.  While we brought some wetsuits to donate, we didn’t have even close enough for everyone.  The kids’ enthusiastic energy and laughter trumped my expectations when they were all excited to brave the frigid ocean.  A celebration of surfing transpired with ecstatic, shouting kids matched by words of encouragement and coaching from the instructors and supporters on the beach.  The kids shivered, surfed, and smiled.  I felt spoiled and ashamed that I had been cold in a 4:3 wetsuit. 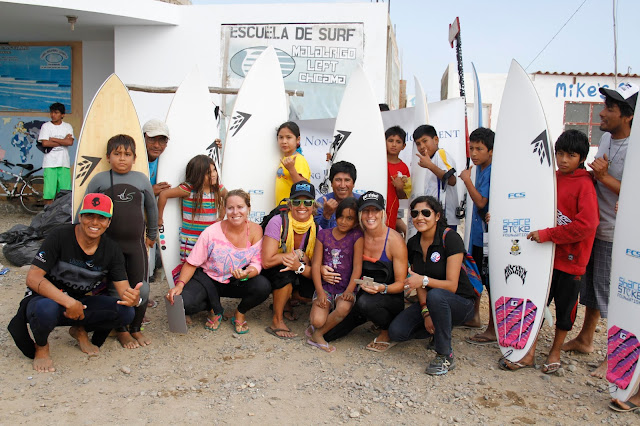 As in many cultures around the world, we noticed that women had less opportunity.   We talked about it with Carlhey, and decided to set aside two of the boards to start a small revolution; a girls surf club.  Carlhey was willing to head the club and would schedule meetings for the girls. They could surf with her or go to her to check out a board.  Carlhey described other projects she did with the youth in the community, and she inspired us with the impact she made.  I thought about joining the Peace Crops before, and then it occurred to me that the STSF was the Peace Corps of surfing.


Three different professional surfers were in on this project at one point, but as plans can differ from reality, each had to cancel.  Although we were excited to meet them and work with them, the project was a success without them. 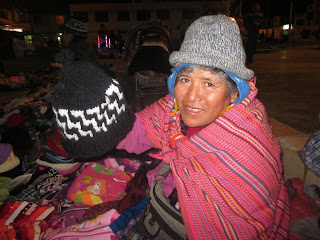 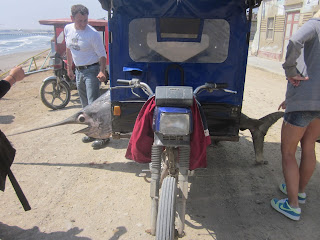 Between our sessions, we explored the streets in state of intrigue; this place unlike anywhere we’d ever been. We marveled at the smart street dogs, the interesting produce, and the sweet taste of the yellow Inca Kola, the whole time being stared at by curious locals.  To them, we were the novelty.  We again ventured through the pueblo on our final night, and witnessed a festival for their scared virgin saint.  When we spotted some of the kids we knew from the beach event, the true immersion began.  They wanted to hang with us.  I was secretly dying to jump on an encaged giant trampoline with inflatable balls that was one of the festival games.  With local kids as playmates I was granted to access.  I jumped and threw balls at the kids that were as big as them.  No longer outsiders looking in, the kids followed us through the streets and chatted with us.
I remembered my welcome from them the day we met.  They embraced me with both arms and each one gave me a kiss on the cheek.  It occurred to me then that the pros were more for you and me.  They were for people who buy magazines because they see a professional surfers name gaping across a headline, or buy clothes because the pros are wearing them.  But the kids in Puerto Malabrigo don’t know who the pros are and they don’t care about any of that.  To them, we were pros, and in the end, that was all that mattered.


One of our last days in Peru we drove to surf another wave about an hour away.  Rusty sand mountains filled the horizon next to a cloudy, grey sky and dust danced in wild tornadoes energized by howling winds.   The hum of roof racks set the soundtrack to our conversation about car accidents.  We discussed how traveling on the road among strangers we trusted our lives with was the most dangerous thing humans did every day.  Joan recalled a story about when she believed her life was over when she and some friends barely avoided a head-on collision with a semi-truck in Norway.  Five minutes later, our lives were spared by our driver’s quick reflexes when a semi-truck overtook another semi-truck and greedily stole every inch of our lane.  Right at the last moment, our driver pulled into the desert avoiding the collision as the huge truck stormed past, and we were reminded of our mortality.
It is my own mortality that begged me to consider the spiritual realm, and I found answers in nature all around me.  My favorite verses in the Bible talk about how God revealed himself through nature.  There are countless verses where God is personified by the powerful sea and my favorite verse is the second verse in the Bible, Genesis 1:2.  “And the spirit of God was hovering over surface of the waters.”  And I heard God’s voice whisper and thunder over the waves.  Most surfers were halfway there, because one of the first things you learn and have to accept is that you are operating in a natural force much stronger than yourself.  Surfers are deeply connected with nature and the ocean, and most would agree that surfing is a spiritual experience.  Surfing naturally suggests a spiritual quest. 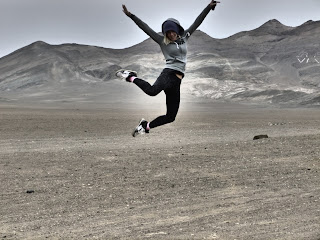 “He brought me out into a spacious place; he rescued me because he delighted in me.” – 2 Samuel 22:20.  He rescued me time and again and drew me close through the waves, his liquid arms, and I felt his love pursuing all those around me.


I am thankful for my time in that spacious place.  I treasured the unexpected and intimate surprises that are unforgettable in travel like the flock of wild pink flamingoes that soared past us in the line-up followed by a traditional Peruvian canoe emerging from the foggy horizon.  The man steered the canoe with one tall paddle and maneuvered around the waves with ease confronting the frigid water and equally cold air without a shirt.  Surprises like when the restaurant spilled onto the street to greet a human-sized swordfish with gouging, massive eyes that made it look like a cartoon character and surfing alone with two of my best friends while perfect lefts rolled by untouched. 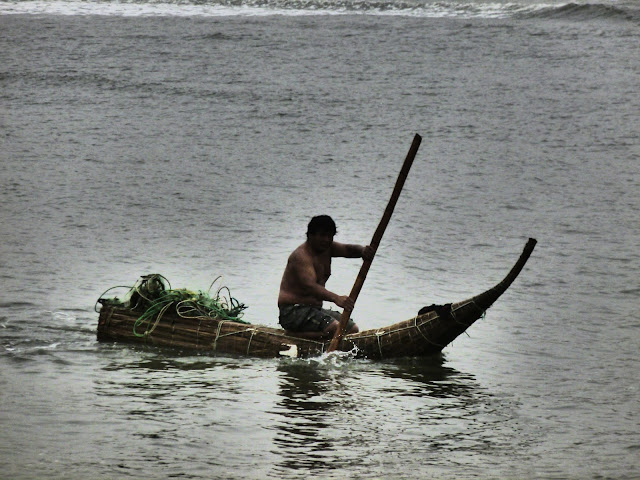