Look Before You Leap: Cloudbreak, Fiji

It was an eighteen second period swell, and three guys severed their boards in half that day at Cloudbreak.  One guy got slammed on the reef so hard he visited the hospital.  The surf report was wrong; the swell arrived early.  We didn't learn this information until after the fact. 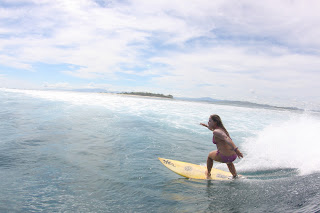 I was beyond anxious to get into the water.  I arrived in Nadi, Fiji from the Gold Coast of Australia in time to see the sun set.  I slept in Nadi that night because the Mololo Cat, the boat I had to take to the island of the Funky Fish, only ran twice a day.  When I finally arrived it was low tide, which meant I had to wait another day to surf, because the reef breaks were too shallow then.  Dave, an amber-skinned surfer who had been there for two weeks already, greeted me right away.  We got straight into surf talk, and he drew a map of the various waves and described each one in detail.  He pointed to the whitewater I saw on the horizon, and showed me each wave.

When I pulled Piha, (named after my favorite beach in New Zealand and one of the first places I surfed on her) out of my board bag the next morning, I was devastated to find my baby with a broken nose.  The offense was made obvious, because she was busted where the rocker was the most drastic.  She was up-side down when a heavy suitcase was tossed on her nose.  She was thinly glassed which made her a light and fragile 5‘7.  The Funky Fish had two boards available for rent.  I chose the yellow 6’1 pin tail and tried replace malicious thoughts about the airline with excitement of finally surfing in Fiji.
"That looks like dribble," Dave said as we passed a right hander called Wilke's Pass.  So our boat captain took us to check Nomotu Left, the next wave.  "That looks like dribble," Dave said again.  Both the waves looked pumping to me, but I had nothing to go by because it was my first time seeing them.  Dave seemed pretty legit, so I took his word for it.  We passed another right, Swimming Pools, and a left called Restaurants.  We decided to continue further out to sea to check Cloudbreak.  My mind began to race; I was going to surf Cloudbreak, the wave I had seen in countless surf videos and heard people rave about.  A real, world class wave, and I was as ready as I would ever be to charge it.
From the boat I spied one wave reel in at Cloudbreak, and it looked way overhead and freight train fast.  Dave said, "Oh, yah, it looks super mellow." 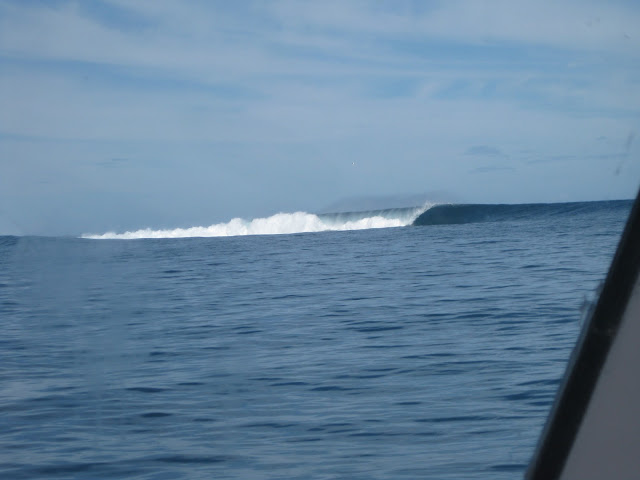 Without hesitation I threw my board into the sea and dove off the boat.  The tropical, warm water felt so good on my skin.  There were only five other guys, and I couldn't figure out why they were sitting so far from the peak.  I paddled right past them and straight to the peak as a wave was building towards me.  Not missing a beat, I turned, committed, and paddled parallel for the monster jacking up behind me.
The moment of being thrown into a sick drop passed me by as the wave sped on and broke further ahead.  I felt the force and energy of the wave and knew I was under-gunned.  My board was not long enough to paddle as quick as I needed to catch the fast wave.
Immediately, I looked back to see that I was in the worst position possible, right where the brunt of the lip would come thundering down.  The set wave closed out on top of me, and I was pulled under and held down.  I hugged my board and prayed that I would reach the surface soon, as my lungs begged for oxygen.  When I did, I had just enough time to take a gulp of air before the next set wave came crashing, throwing me into three full somersaults.  I got washed around and worked in the shallows, but somehow I kept barely missing the reef.  I prayed and I remained calm knowing that if I lived or died, God was in control.  That was the longest I was ever held under, and I grew weaker as each wave relentlessly pummeled me.  I prayed that God would take me to heaven, because I believed I was going to die.  Somehow I kept duck diving and eventually paddled out of that hell.  I was choking on saltwater and catching my breath on the outside as I watched my friend, Anna, paddle for a giant.
She disappeared with the wave.  My eyes searched for her, but she did not appear.  I started to worry, and every second was an eternity.  One guy emerged from the inside, and I asked him if he saw a girl wearing a hot pink rash guard.  When he said no, I paddled as fast as I could to our boat.  When I reached the boat, I saw a pink blob paddling in the distance, and when Anna got closer, I saw blood gushing from her face.  She was thrown off the wave and took a hit from the nose of her board to the corner of her right eye.  One millimeter more and her eye would have been gouged out.  Super mellow. 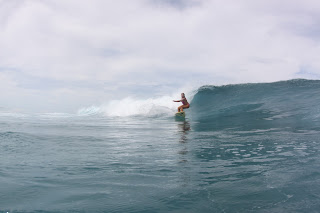 Even after that, Anna wanted to continue surfing and deal with the injury later.  So we surfed Wilke's Pass and then Nomotu Left, and it was not 'dribble,' but good, clean, overhead fun.  We were the only ones at Nomotu Left, and I got so many turns on each ride that my legs got tired.  While we surfed, I realized the magic and beauty of the world I had thrust myself into.  The water was clear and glassy, and I saw the coral reef and fluorescent blue fish while I flew down the line.

Later on, Dave said the reason he surfed was to have fun, and that he didn't even think Cloudbreak was that fun of a wave.  It was fast, heavy, and hollow, but he would rather surf waves that he could shred; get speed and do turns on.  He thought about what drove us to surf certain waves.  He said that when he surfed Pipeline it wasn't even fun.  The whole time he was terrified, and he was actually relieved when he got out of the water.  He was a good surfer as well, with twenty years of experience.  I knew exactly what he meant.  I just craved fun, and I wanted to get as many rides per session as possible.  I didn't really need to be scared and just catch one or two for the sake of impressing anyone.  What did we have to prove anyways? 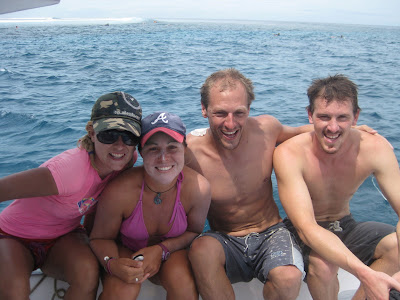 After I learned about the guys who broke their boards and the one who was severely hurt at Cloudbreak that day, I knew God answered my prayers.  It was a miracle that I came out unscathed with my board intact.  “Don’t be afraid, for I am with you.  Don’t be discouraged, for I am your God.  I will strengthen you and help you, I will hold you up with my victorious right hand.” Isaiah 41:10.
I realized God protected me by Piha being broken.  Her thin glass would have easily gotten crushed, and I could have been injured with the jagged edges of a broken board.  I remembered how I was under-gunned with the 6’1, so it would have been even worse with the 5‘7.  His word became real to me again, “And we know that God causes everything to work together for the good of those who love God and are called according to his purpose for them,“ Romans 8:28.  Those events were not mere coincidence, but proof of God’s love and power.
Anna needed two stitches and sports a scar in the corner of her right eye that served as a reminder to never underestimate a wave.  I learned many life lessons from surfing, and this was no different.  While I am grateful to God for sparing my life, my faith was strengthened and I learned the importance of being patient and assessing any situation before dropping into it. 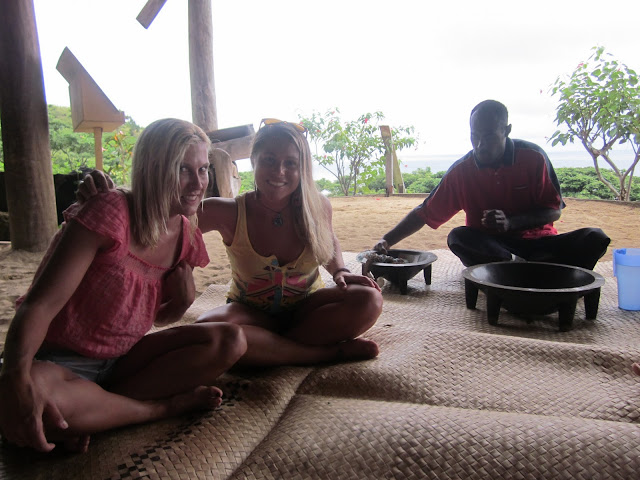