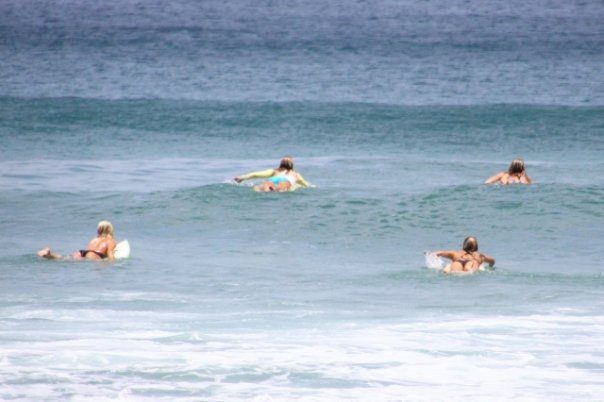 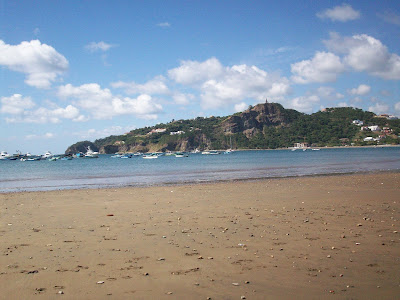 The rocky hillside carved by God resembled the sinking titanic and an Indian’s profile featuring a large nose.  I loved to stare at the jagged coastline and make believe, just as kids gazed up at the clouds to find dinosaurs or angels peeking back.  I made up new formations in the rock-wall, as I took deep breaths and drug my fingers through the sea allowing the salty spray to hit my face.  I was experiencing motion sickness for the first time.  I kept repeating, ‘almost to land, almost to land.’

It was the last day of a Chicabrava surf camp, and we were on the boat ride returning to the bay after surfing at Hermosa Beach.  Chicabrava is an all-girls surf camp in San Juan del Sur, Nicaragua; where I worked as an instructor.  Surfing Hermosa was my favorite part of the week for multiple reasons.  One was that we took a boat to the wave instead of driving to the beach.  There was something about arriving to a break by boat that made me feel important; like I was a pro-surfer.  I felt so free launching my board off the boat and diving into the water after it.  In those moments, I imagined myself in a surf video like Young Guns 2, and I heard the surf video music blaring in my head. 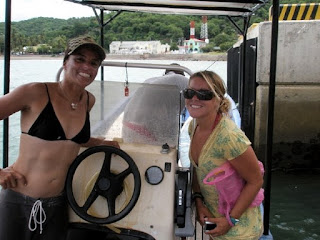 We usually found the break empty, so we enjoyed surfing it alone.  The place seemed so remote; complete with wild horses and cattle roaming the beach.  Another reason I appreciated sessions at Hermosa was that we surfed it the last few days of camp.  This meant the women I taught to surf all week were surfing more independently.  Each time I saw one of the girls catch a wave I felt the thrill of when I first caught a wave, and I finally got to surf beside them after all the days of instruction.  It was graduation.

That day at Hermosa was typically ideal.  Maite, the other teacher, and I coached the girls and also rotated the bigger rights, flying fast down the line.  The long wave offered a fun walled up inside section that was perfect to shred.  Soon the wind picked up, and we were all worn out so we paddled back to the boat.  The boat bobbed up and down, and all of a sudden I got dizzy.  I was going to puke. 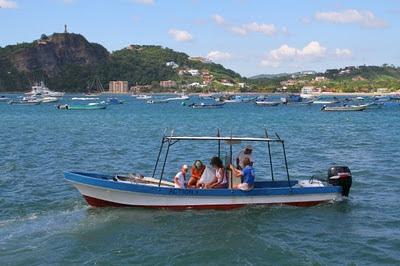 I was the first one off the boat when we got to the bay.  Maite handed me my board, and I walked toward the shore in knee-deep water.  ‘Just a few more steps, just a few more steps,’ was my mantra.  I felt a poke under my right foot.  My first thought was that I stepped on a sharp shell, but instead of the pain subsiding, it worsened.  Fire pulsed through my veins, and I knew it was a sting from a sting ray.  I hobbled to the sidewalk next to the bay.  Nicaraguan life revolved around me as children played and a man sold ice cream next to me when I started puking.  I collapsed on the hot concrete, with my right foot gushing blood and a pool of vomit on the other side.  Not an ideal a sight. 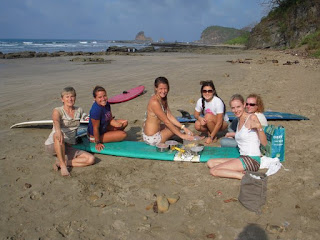 Ashley, the camp owner, rescued me in her truck and drove me to the surf camp headquarters in town.  I was literally a hot mess; sweating, dizzy, my head throbbed, my foot ached, and the venom fire was spreading up my ankle.  During times like this I wanted my mom, who was the best comfort to me whether I was sick, had a broken heart, or anything bad happened.  But as soon as we got to the camp, the women all took charge.  They carried me inside, propped me on a chair, fixed a cold cloth for my forehead, brought me a plastic bag to puke in, and got some water boiling.  The hot water was to treat the sting, as it drew the poison from the veins.  As these women cared for me, I realized that if motion sickness and getting stung by a sting ray had to happen, it happened at the best time possible, and I had wonderful women helping.  “Don’t be afraid.  I’ve redeemed you.  I’ve called you by name and you are mine.  When you’re in over your head I’ll be there with you.  When you’re in rough waters you will not go down.” Isaiah 43:1-2.  Sometimes God uses people to make good on His promises. 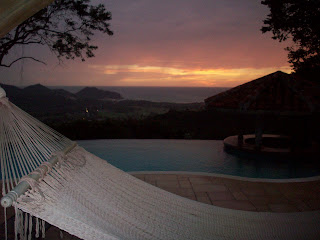 From day to day, high tide to low tide, the ocean kept me on my toes.  Mother Nature was unpredictable and that is one thing that made surfing so addicting.  Characteristic of humanity after a natural disaster, I was resilient.  Later on, after a nap and dinner, I went into the town with the girls.  It was their last night, and there was a street party that featured local musicians.  We danced in the street, impressing each other with twists and twirls.  The sting never made me miss a beat, because I was surfing with Ashley and Maite the next day. 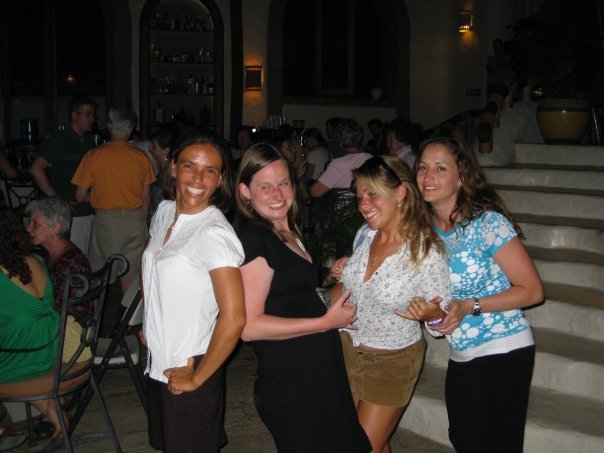 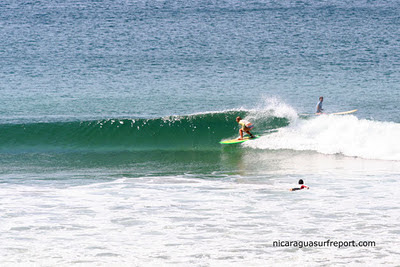